So I have been seeing this mistress who turned into great friend for some time now and we have been exploring domination together. By pushing and exploring each others limits and interests. She was about 5’7, curvy, toned and most of all an ass to die for. After many sessions that I designed, we decided that she would plan a day of torture and I had no say. So it has been in the 90s all week and I was just looking forward to Saturday when our play date was. I was tired and drained from the hot weather and hard work. So she invited me over and right away told me that I am at her mercy and she will have no mercy on me whatsoever. We picked a safe word and hand gesture in case I couldn’t speak. She was wearing a sports bra and spandex booty shorts. She motioned me to her bed and told me to remove my clothes and then pulled out plastic wrap in which she wrapped me neck to toe. I was completely immobile and trapped. She pushed me back onto her bed and then placed a blind fold on me and put headphones over my ears to drain out her preparation.

I laid there slightly panicking that she had full control and I was for the first time fully at her mercy with no way out. She removed the headphones after what seemed 20 minutes. She told me to open my mouth and when I did she placed a wet thong in my mouth and taped it shut. She laughed which I thought was cruel but she told me she wore that thong all week during the heat and it was sitting in a bag of water and spit which was fully absorbed by the thong that is now in my mouth. She told me to suck every last drop out of it or there would be consequences. I started sucking and immediately gagged at the taste of her sweat in which I once again heard her evil laugh.

Now, with my eyes blindfolded and mouth taped I felt her sit on my stomach and tell me that she has planned this for a while. She said that she hasn’t showered for over 4 days and have worked out sometimes twice a day. She was ready to push me over the edge and told me she was excited to break me. She said that she had quite the meal plan set up for the week to make sure it was most torturous for me. She cut open parts of the plastic wrap that encased me exposing my nipples, chest and sides but leaving it all connected. I felt her hands start and the side and scratch me all the way down which burned and I whimpered in my thong gag. She did it a couple more times then placed her feet on my face with I immediately could smell that she wasn’t kidding about not showering. She left them there and started moving my nose in between her toes every so often while she was watching a new tv series not paying any attention to me. I felt light headed from the disgusting smell. After an hour of smelling she shifted and removed her feet from my face.

She slapped my face twice and then stood up in which I felt her feet on either side of my head as she started to squat down. She ended up sitting on my chest then slid back and pinned my chin above her crack as she was sitting on my throat. Breathing became a little harder as I couldn’t move and her as was crushing my throat. She did this for a while moving forward and then back depleting my air each time. Then she slid her as back onto my face and put her asshole right on my nose. The smell was absolutely terrible and I was gagging into her thong. She sat there laughing as I started to thrash under her. She got up at the last second before I started seeing stars and slapped me twice more. I heard her moving about moving something when I felt straps across my body, she applied 5 straps horizontal across my body which looped under the bed which secured me so tightly I lost the ability to thrash. Panic and fear started to set in. She then sat back down on my chest and took the tape off and pulled out her thong which I sucked every last drop out. She said she was satisfied and said round 2 is here. She placed another wet thong in my mouth told me to keep my mouth open and poured a liquid into my mouth halfway then taped it shut again. She told me to swallow and then continue sucking. It tasted very salty and bitter. I felt her whisper into my ear that I just swallowed her piss and I started shaking my head and screaming into the gag. With this I felt her nails dig into my skin and then squeeze my nipples in between her nails which caused me to scream in pain.

She sat back down slowly telling me to inhale or she will cause more pain. I felt her bare ass cheeks touch my face as I was slowly being engulfed by her ass until my nose was sealed against her asshole. The smell magnified by 10 as it was now her bare ass. It smelled as if she just took a shit and didn’t wipe. She told me she ate a consistent diet of chipotle which always made her poop multiple times a day and all the thongs I have and would be sucking clean was her only form of wipe after each shit. I tried to thrash but couldn’t and knew she was serious about breaking me. I felt broken and it was only the beginning. She slid forward just a tad so I could breath her in over and over again. She made me smell her for two hours before sliding back. Then I felt her asshole twitch and she told me to get ready as she spread her cheeks apart so my nose was inserted into her asshole and sat hard. She farted down my nose and it burned all the way through and as she didn’t moved she did it twice more until I passed out to her farts.

Hey what's up ? I see that we are from the same city lol
Roxy

I love facesitting and I'm looking for a face to sit on it !
Roxy 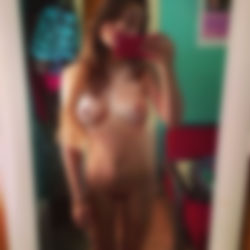 Let's talk there and see what happens !

Enter the username or e-mail you used in your profile. A password reset link will be sent to you by email.